A herbalist provides medical care in the community they live in by using herbs and other methods based on the cultures and beliefs of their people. After a lifetime of dedication to working with medicinal plants, he or she must be seen to be competent, versatile, experienced and trusted. Many people in Uganda are beginning to adopted new lifestyles and modern ways of living, often including modern medical methods. Whether it’s a conscious or unconscious shift, this poses a big threat to the existence of the use of herbal medicine and indigenous knowledge. Regardless of the usual debate between western medicine and indigenous medicine, some individuals have continuously chosen herbal medicine.

Change is good because it plays a significant role in development and progress, but preservation is a key component that allows us to retain and remember about cultural norms and practices from the past that often define us in a unique way and also contribute to ensuring that our future is built on a foundation of our culture.

This story focuses on Wasswa Denis, a 34-year old local herbalist and entertainer, a resident of Kireku area in Bweyogerere, a suburb of Kampala. He is a father with one wife and six children, and he dedicates his entire life time to working with local herbs and also to offering medical treatment to his family and other community members. 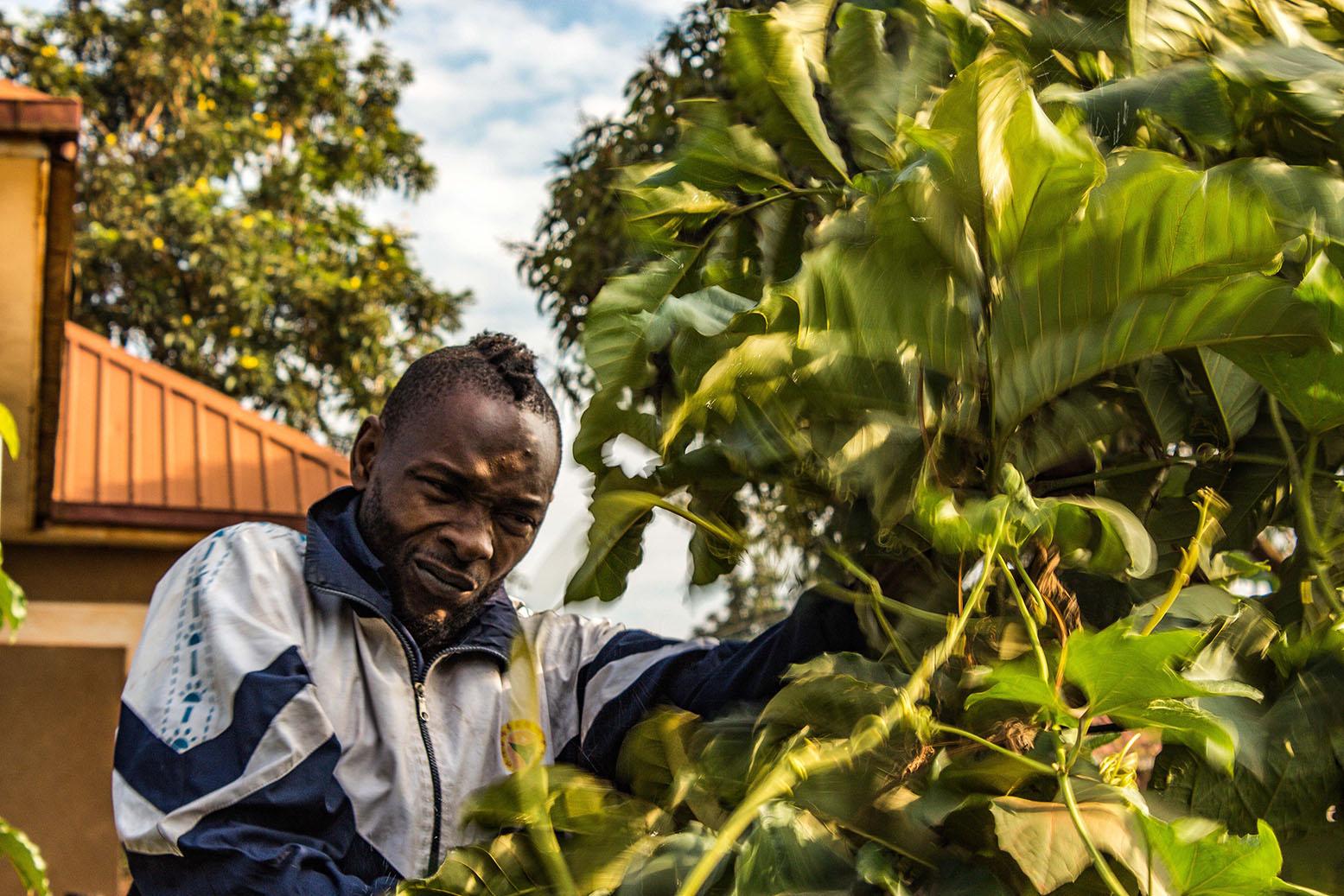 The herbs are collected by Wasswa Denis from the neighboring bushes during the early morning hours or late evening hours of the day because it is during these time frames that the plants are fresh and posses the required nutrients to be used in making the required herbal medicine. The tree being cut is locally known as “musambya tree” with its scientific name being “Markhamia lutea.” 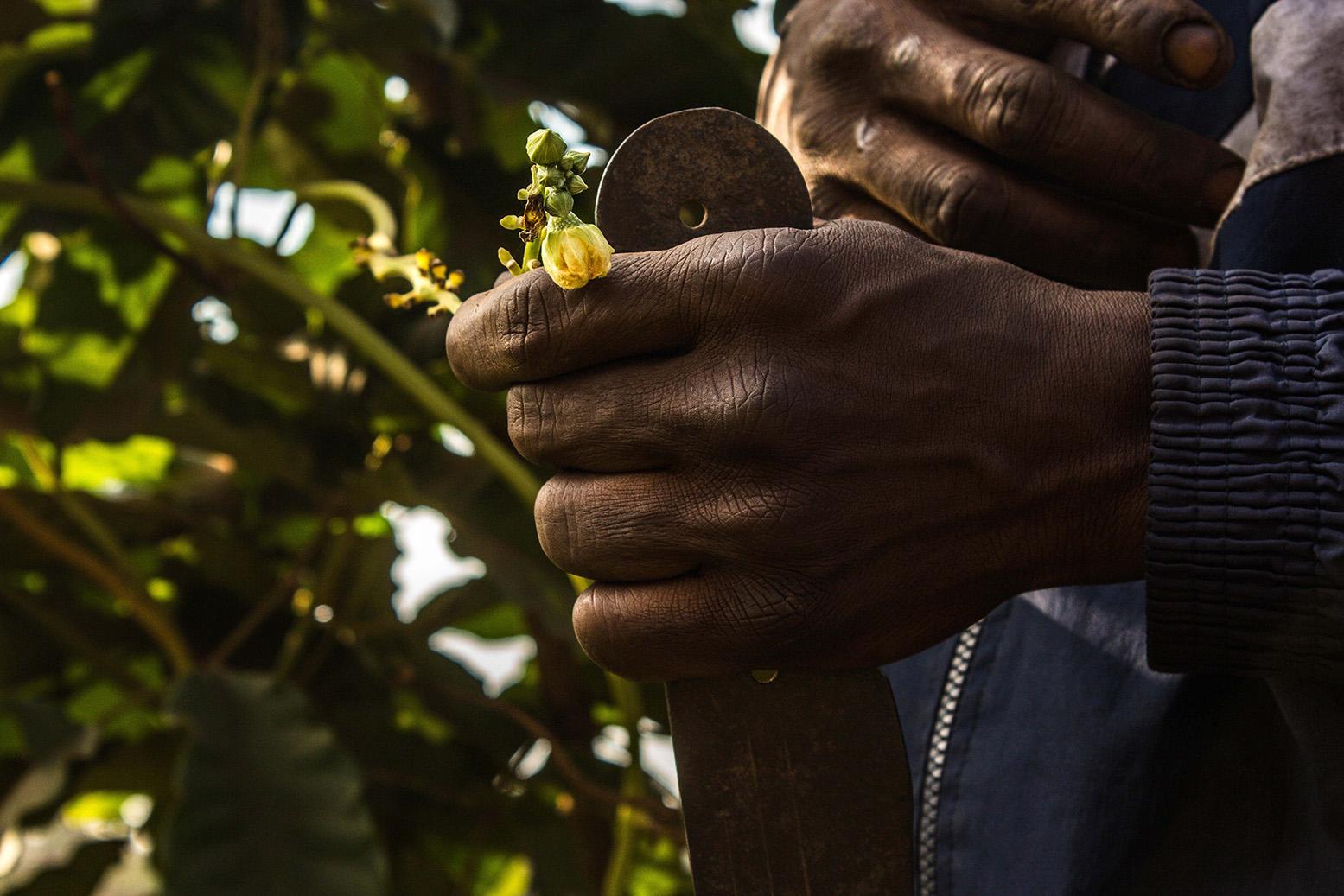 Each plant has got a specific part from which the herbal medicine is to be extracted for example the leaves, stem and roots among others. The choices of the parts to harvest also depend on the mode through which the herbs are to be administered to a particular patient i.e. through drinking, bathing and steaming. 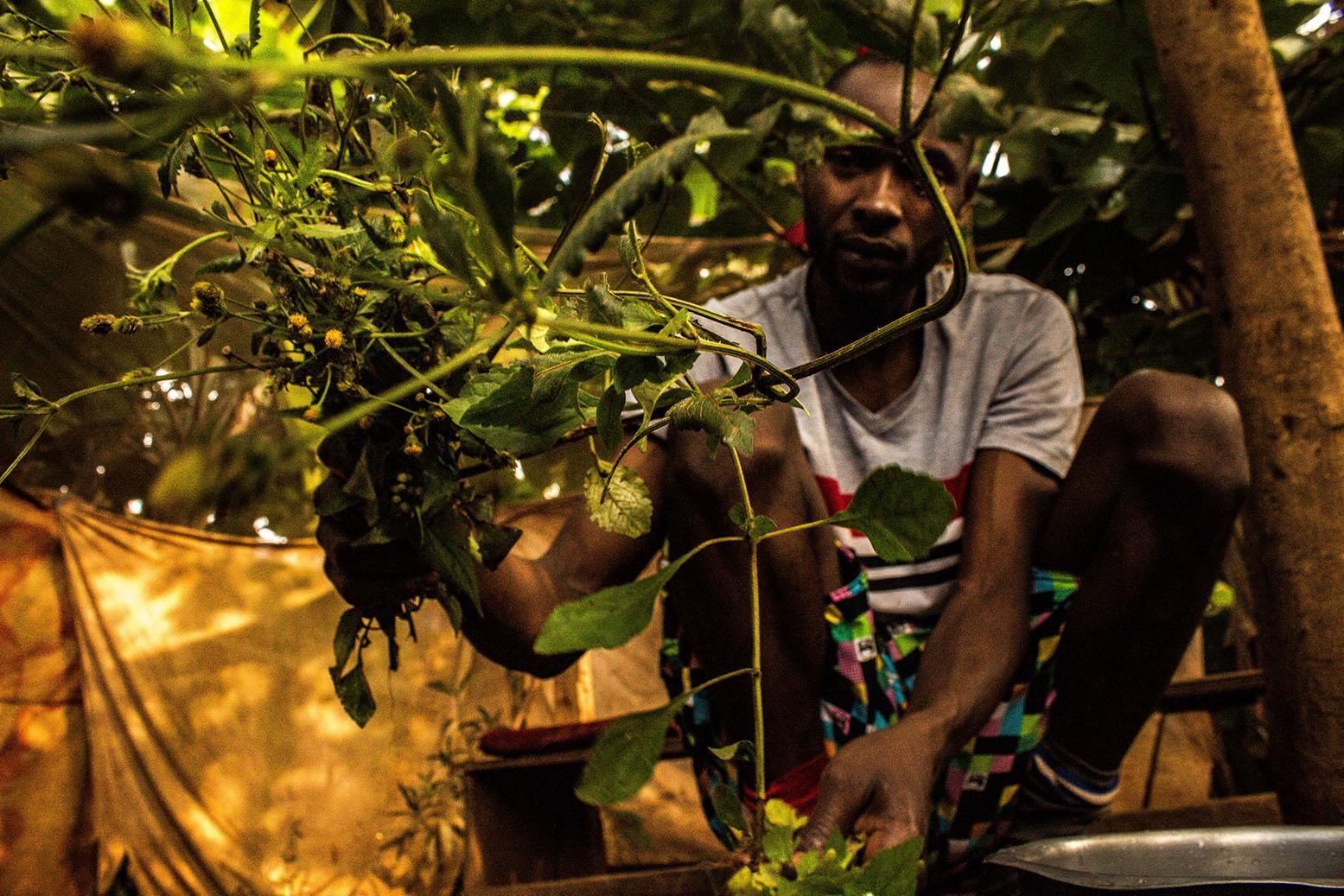 Parts of a black jack plant locally known as “Sere” with its scientific name being “Bidens pilosa” held upfront by Wasswa Denis, he says that this is a strong plant in that the black components help to open up the body system of a patient as they eliminate any blockages caused by an infection towards the body. In most cases, these are pounded into powder form which is later mixed with hot water for the patient to drink. The flowers also help to create more blood within the human body. 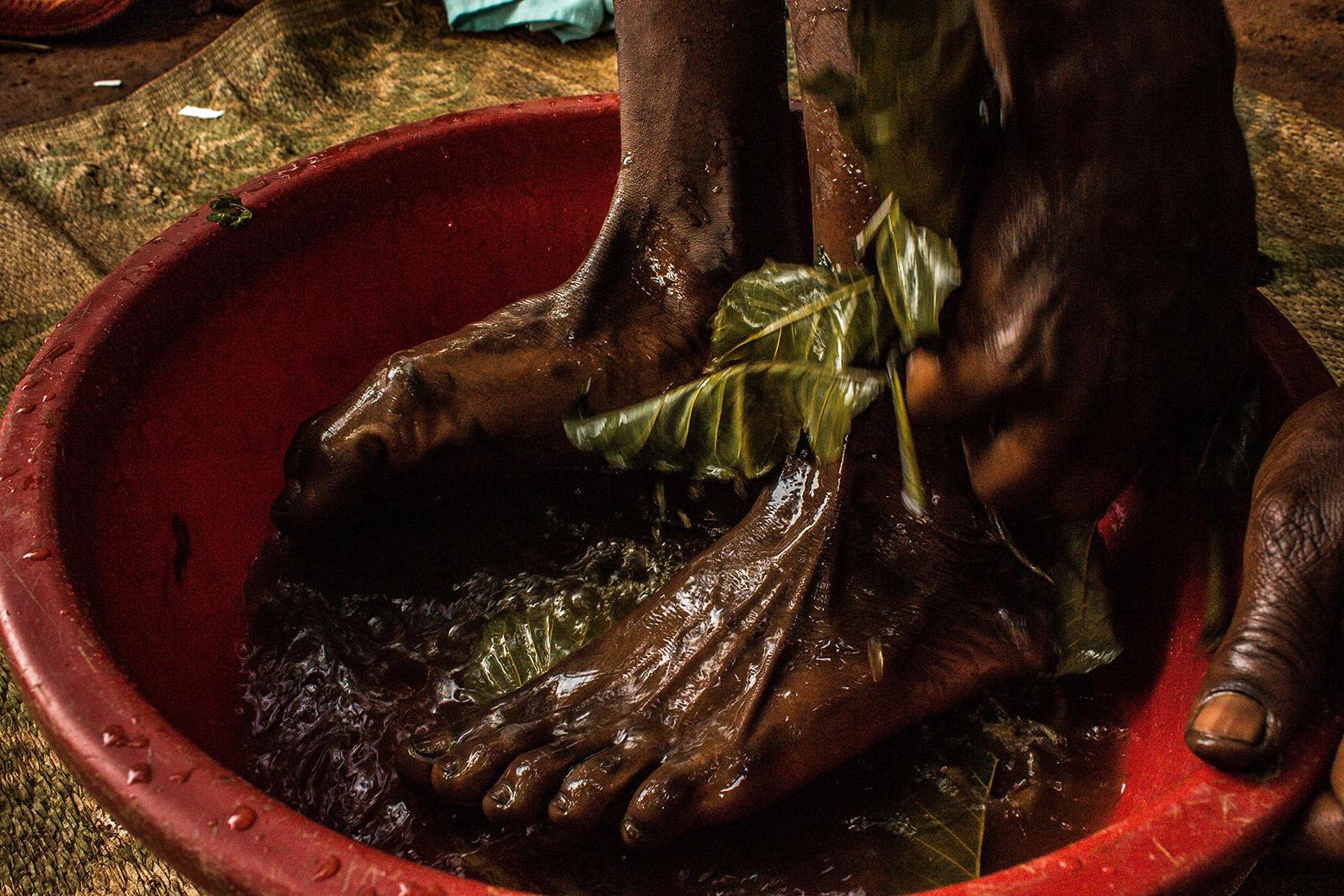 Bathing is also another alternative when administering the various herbs with which these come along with warm water after being cooked, as this helps to open up the blocked skin pores of the sick patient for them to feel lively again. 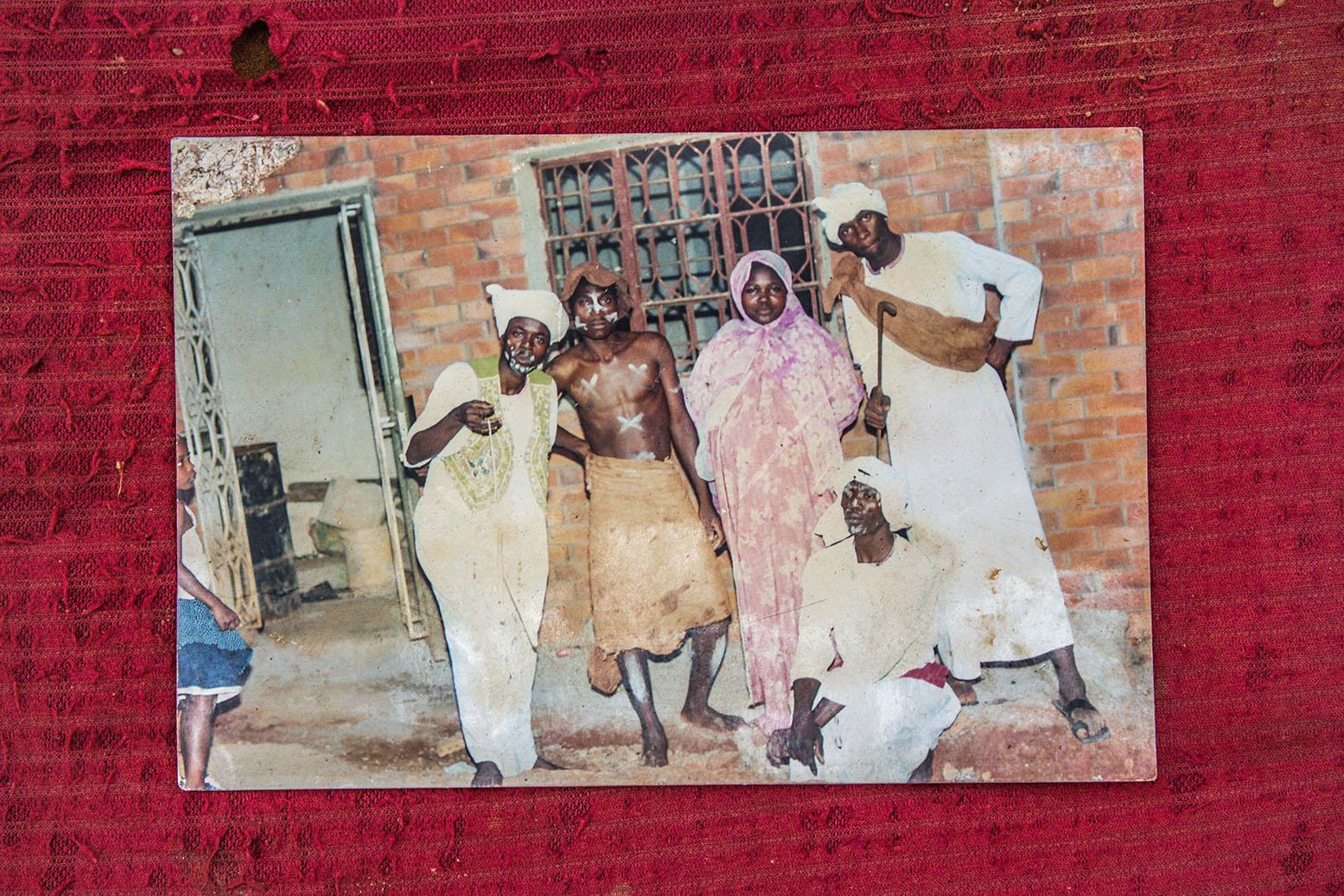 A group photo of Wasswa Denis together with his colleagues (Fourth at the extreme right hand behind a colleague in the squatting posture). This was after they had performed a play at Mulago Community hall. The play was entitled the Darkness, to come from the darkness to go to the light. 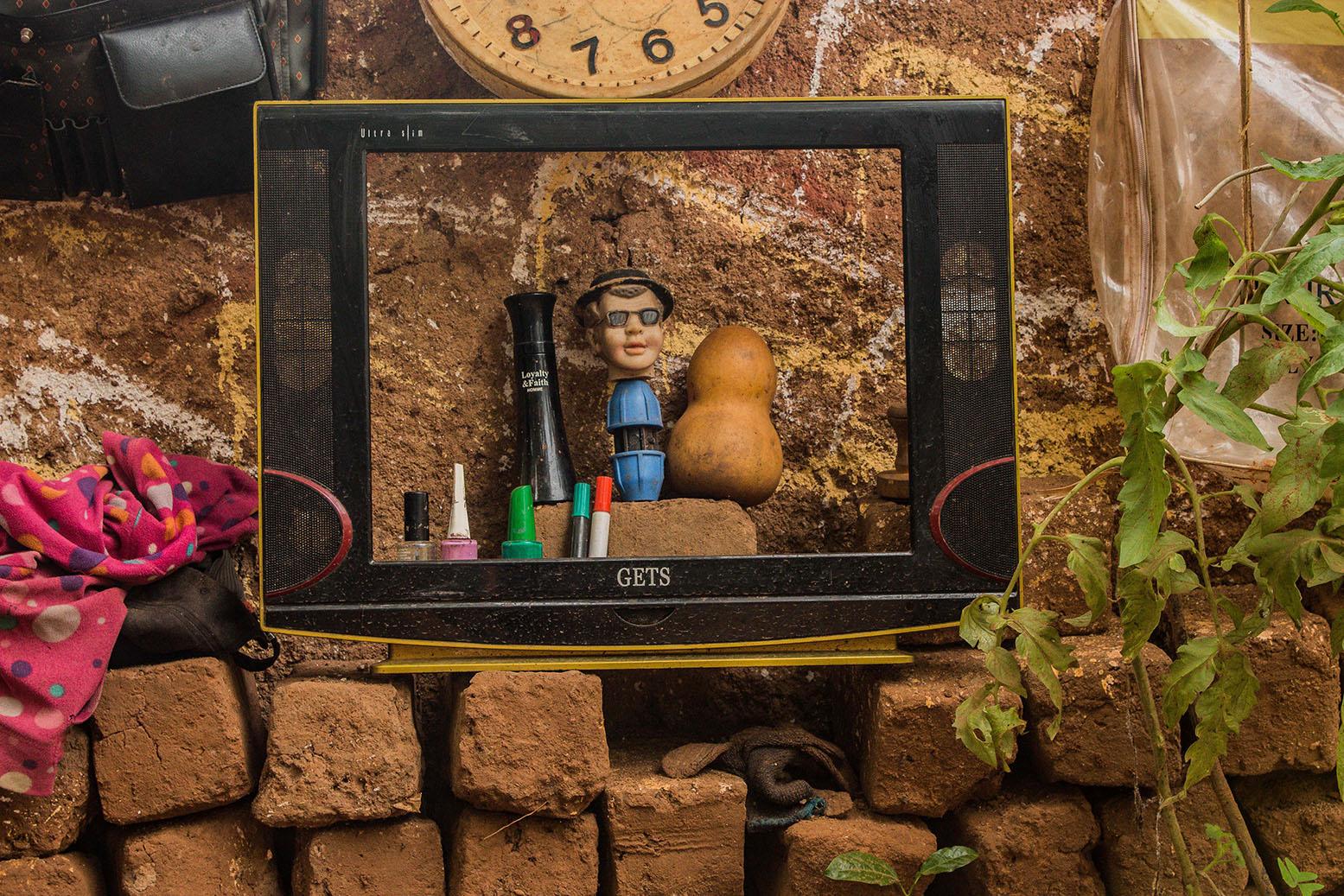 On collecting the different found items, Wasswa Denis goes ahead to repurpose them differently from their initial purpose for example for decoration, storage among others. 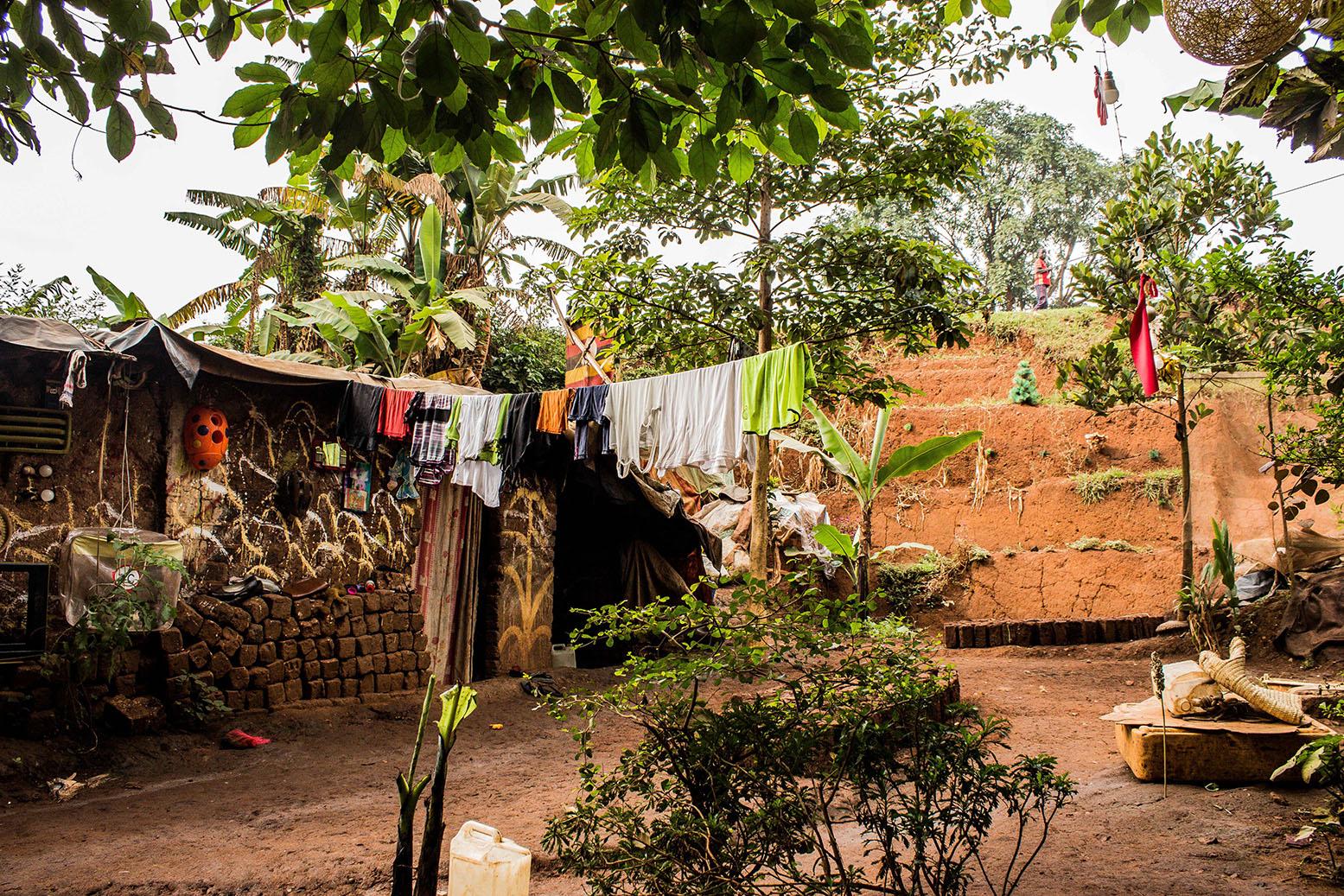 Wasswa Denis's house was built a few meters away and below the train tracks. He built this house with his wife Sarah. Implying that where the house is placed is land that belongs to the railway but as of now the designated space belongs to him onto which his house sits. 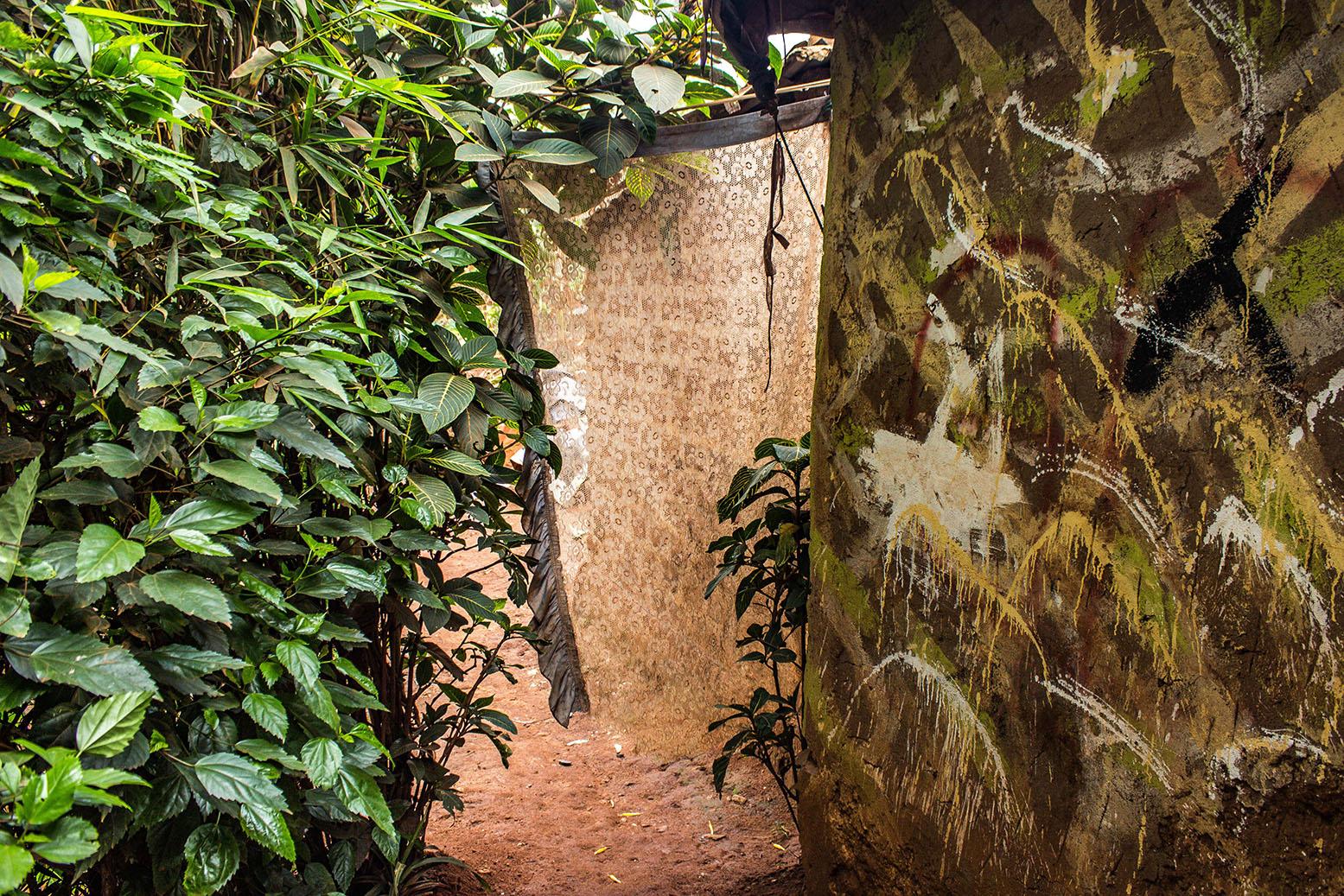 At the walk way that takes you to the back section of the house has got more plants in that Wasswa Denis uses plants to also create a form of a fence around his home in order to establish a form of privacy and not having random people getting to pass through all the time. 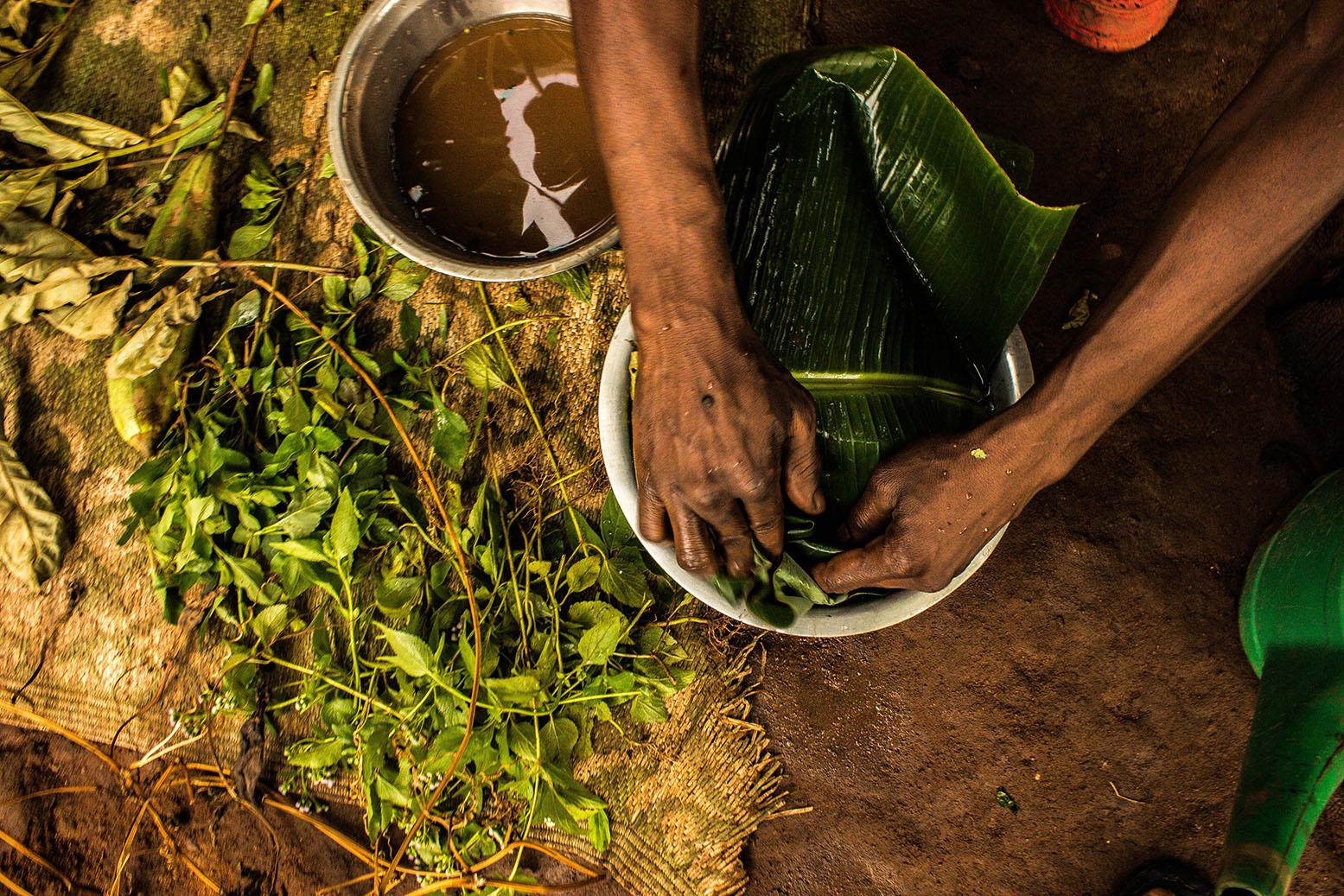 Wasswa Denis uses a banana leaf to wrap the selected combination of different plants in the saucepan because it is also green as it comes from nature and hence contributes its nutrients / power to the herbs already in the saucepan. it is also why it is used to cook food in the African traditional setting in that he also goes ahead to add on that ”It is also why our grandparents never used to fall sick all the time.” 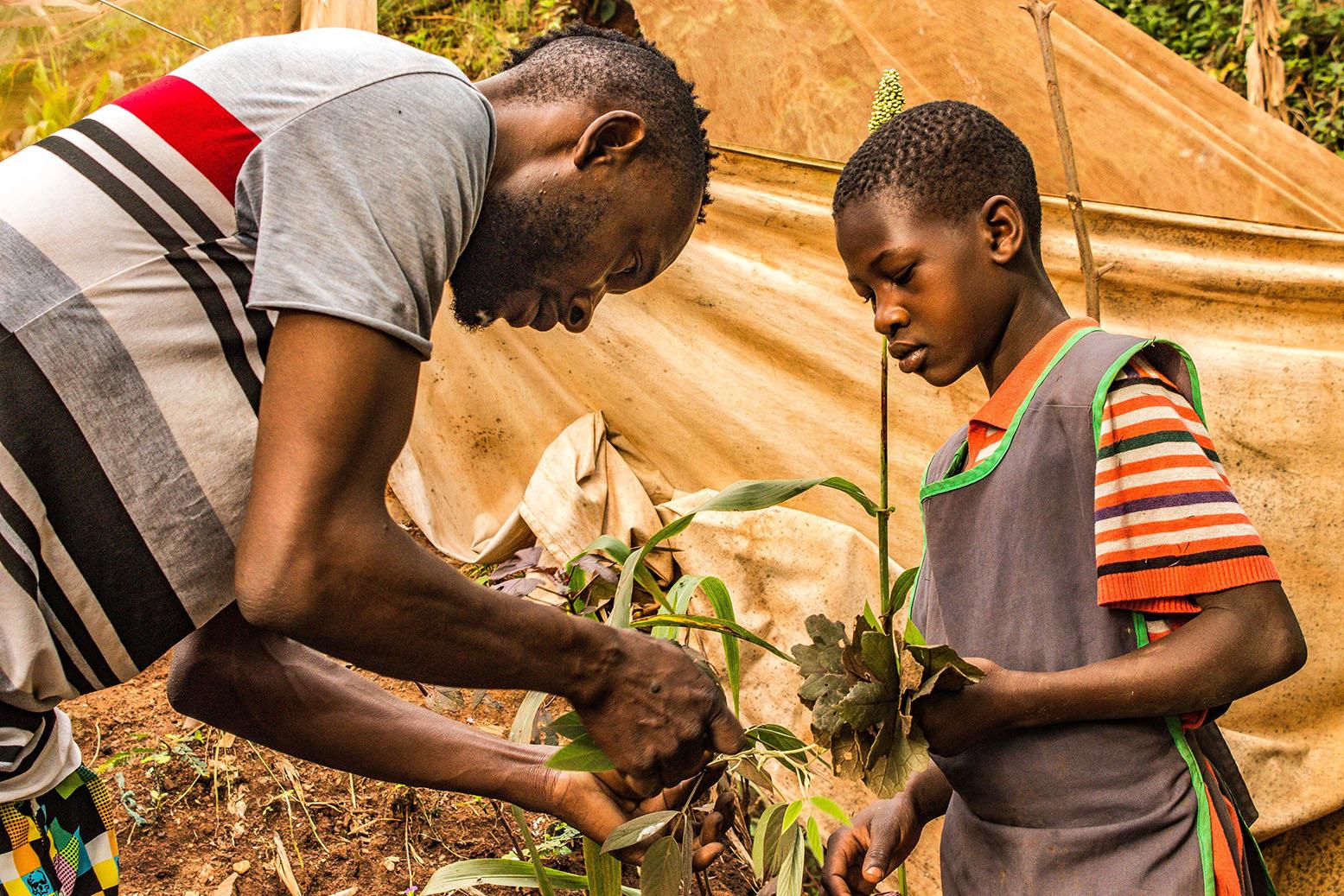 Wasswa Denis and his daughter Murunji.Having acquired this knowledge from his grandparents where his grandfather was a traditional healer and grandmother a traditional Birth attendant, Engaging his children into the practice is one way Wasswa Denis has been able to pass on the knowledge of herbalism to them and also enabling them to understand the value herbalism holds in a person's health. 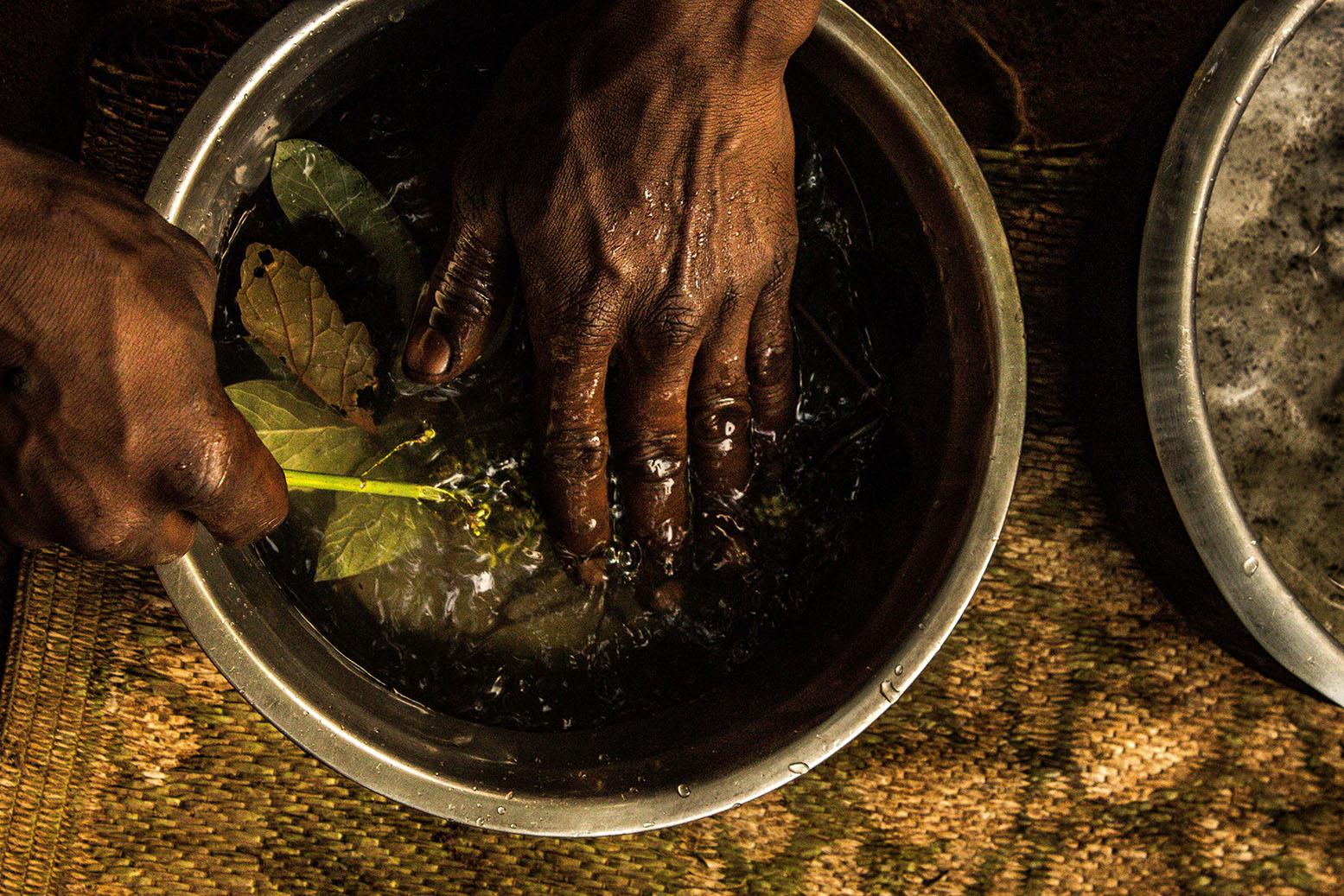 “We wash the herbs to be able to clean them as we eliminate the unwanted dust they capture while they grow through the natural environment and also because they are going to be cooked. “ says Wasswa Denis. Among the different plants is sorghum which also acts as a preservative for the entire mixture after the cooking process. 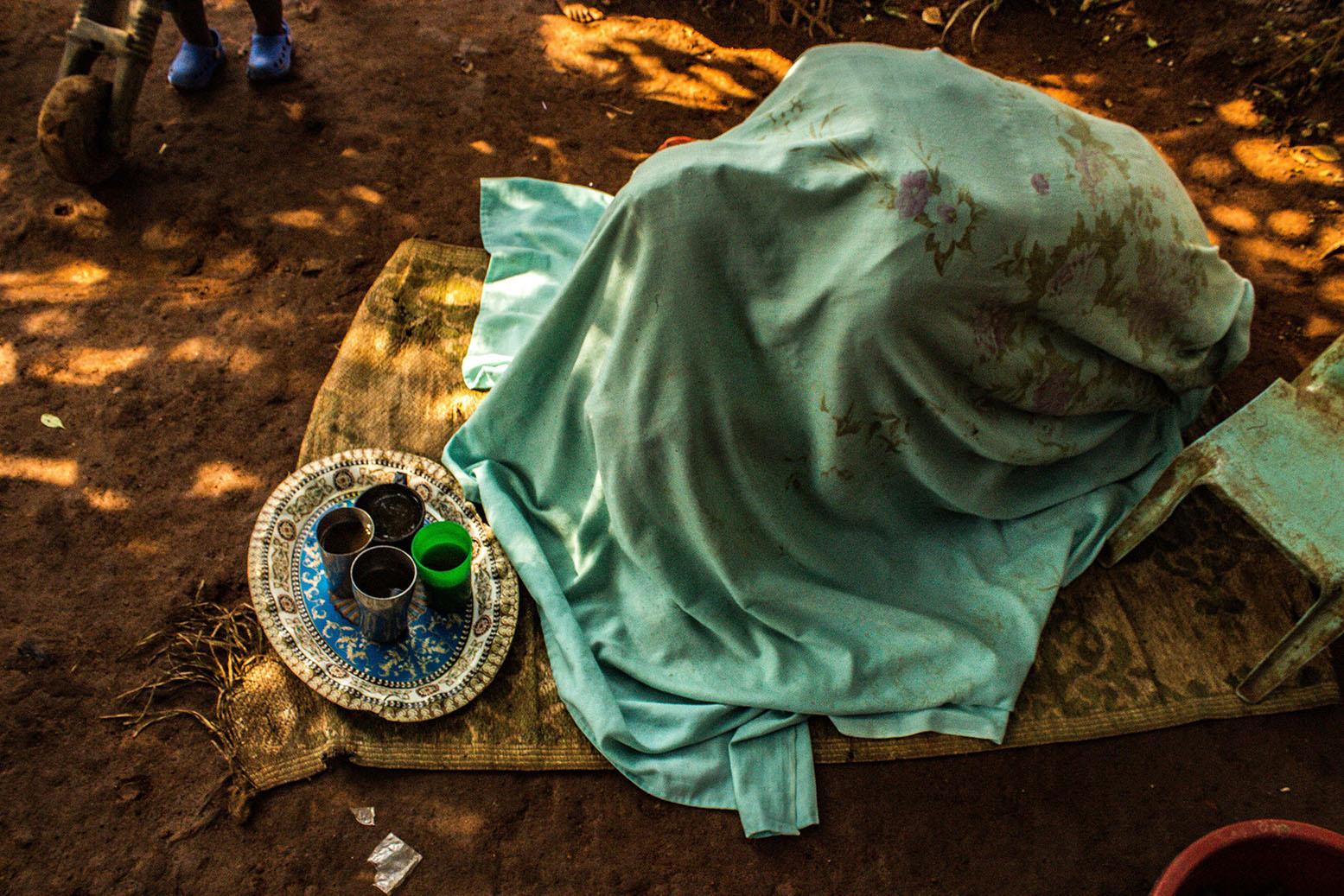 Wasswa Denis demonstrates the steaming process which is also a way to administer the herbal medication to a patient. The steaming helps to unblock the various blood veins that may have been damaged by the sickness from performing their usual duties in the entire body. 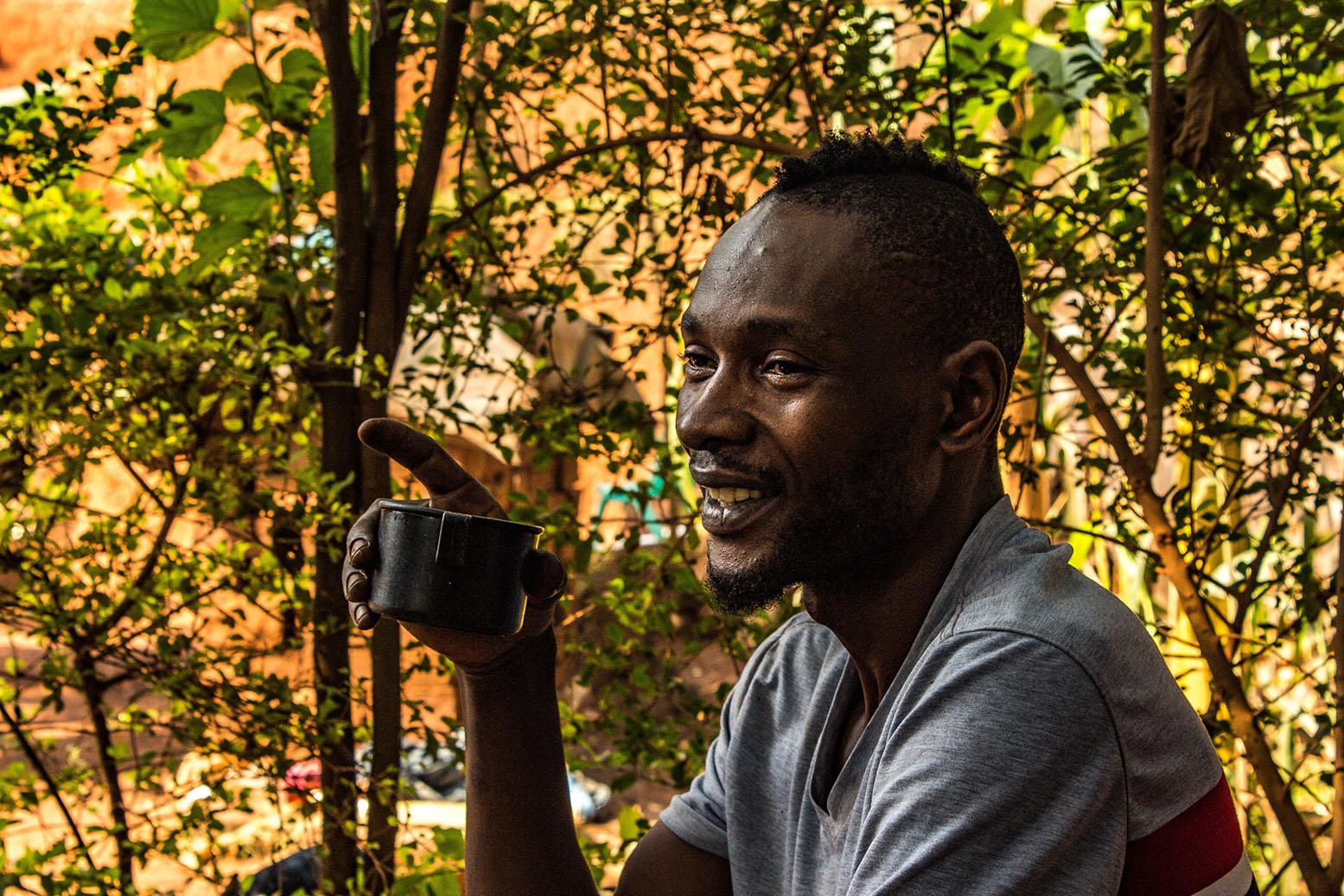 As part of the medication, a patient is instructed to drink a cup of the herbal remedy three times a day for three days in order to experience an important change in the body system different from how they felt on realizing they were sick. 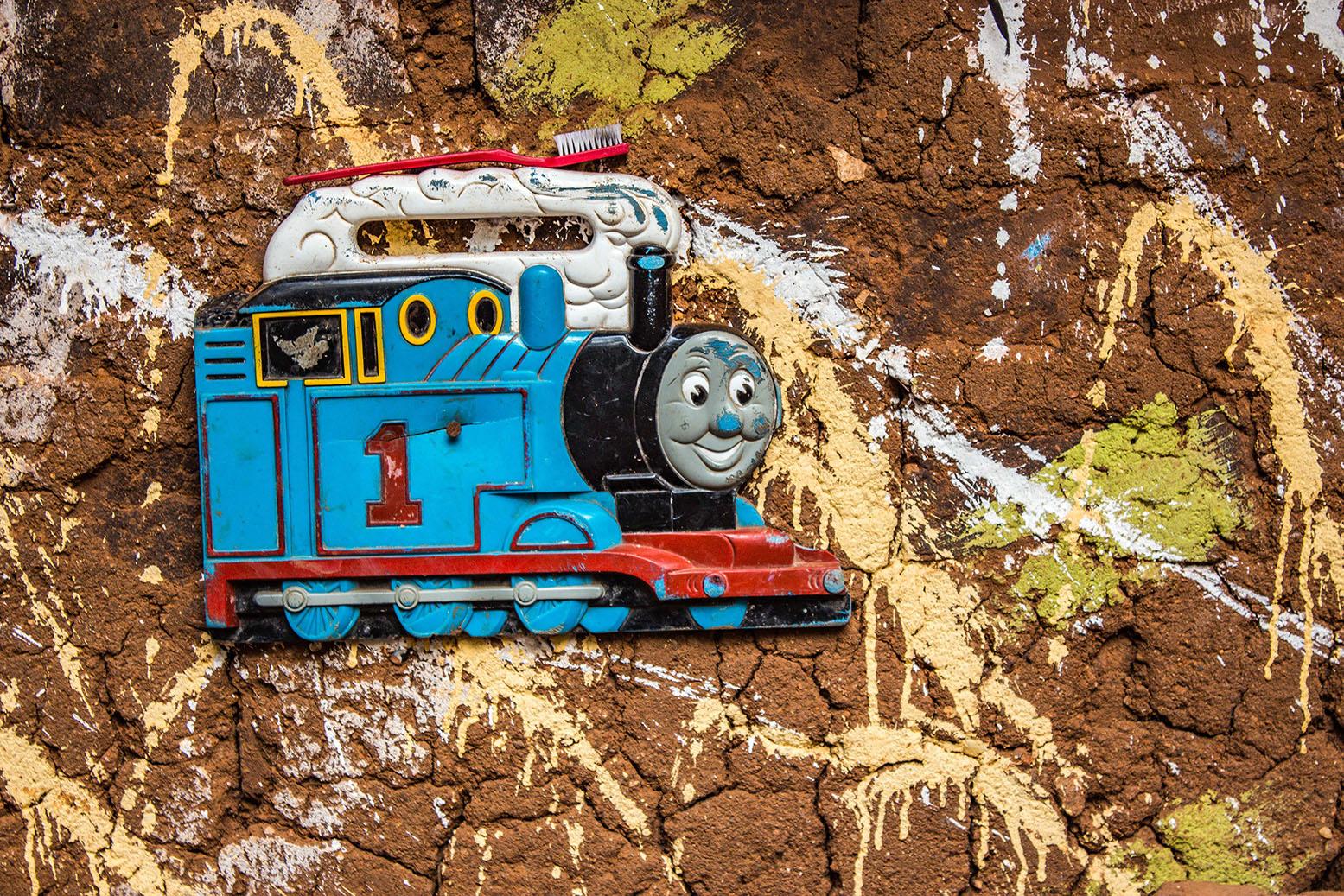 With an entertainment background, Wasswa Denis likes to decorate his house by hanging up different found items plus adding some paint onto the house walls in order to render it visually appealing to him and to any potential visitor who may come around. He creates a vivid picture of how he would want his future home to look like when he gets a chance to build a stronger house/home for him and his family. 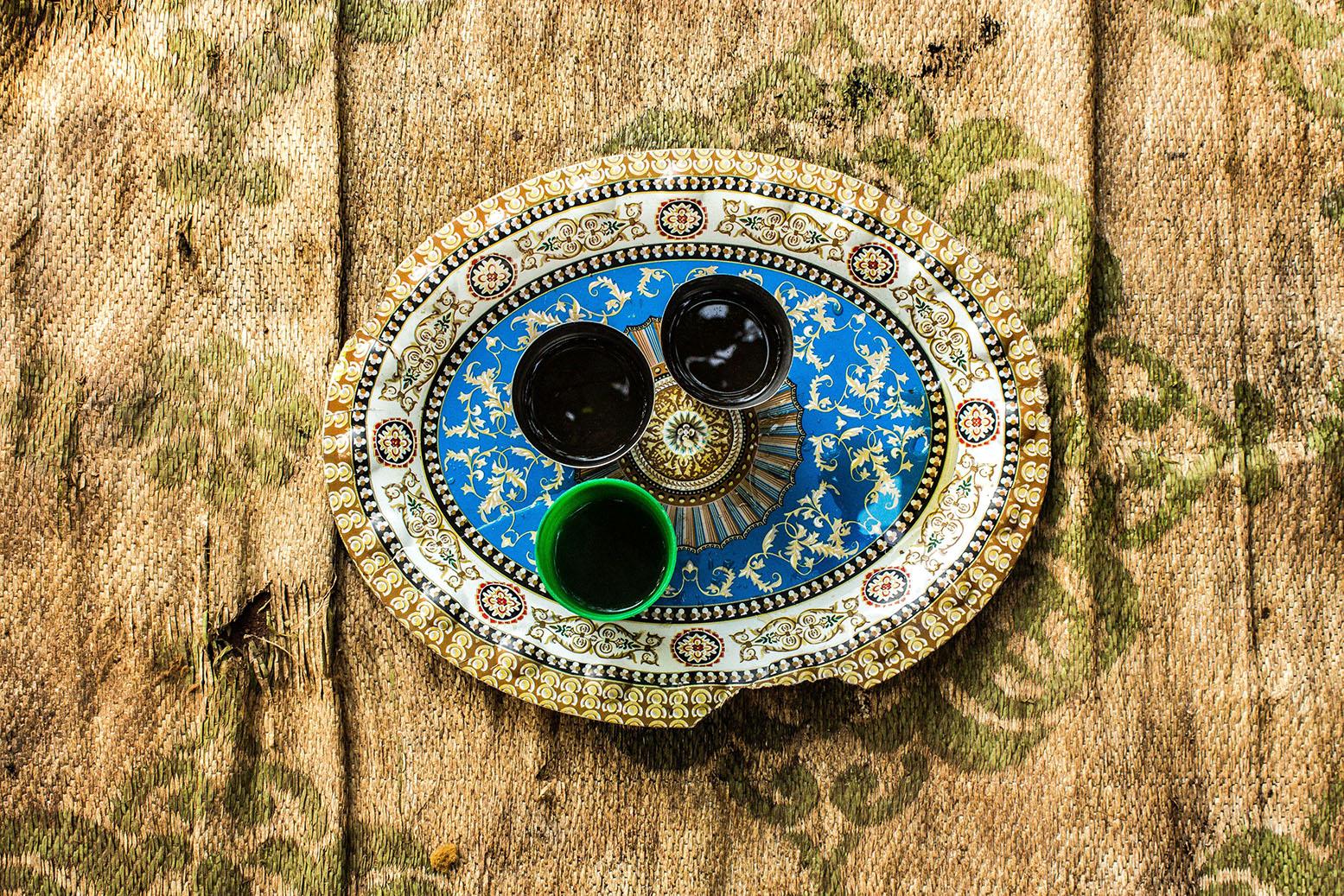 Drinking being one way through which the herbal medicine is administered. Wasswa Denis adds on that the herbs are best taken when they are warm and not cold.